Why you must visit Split 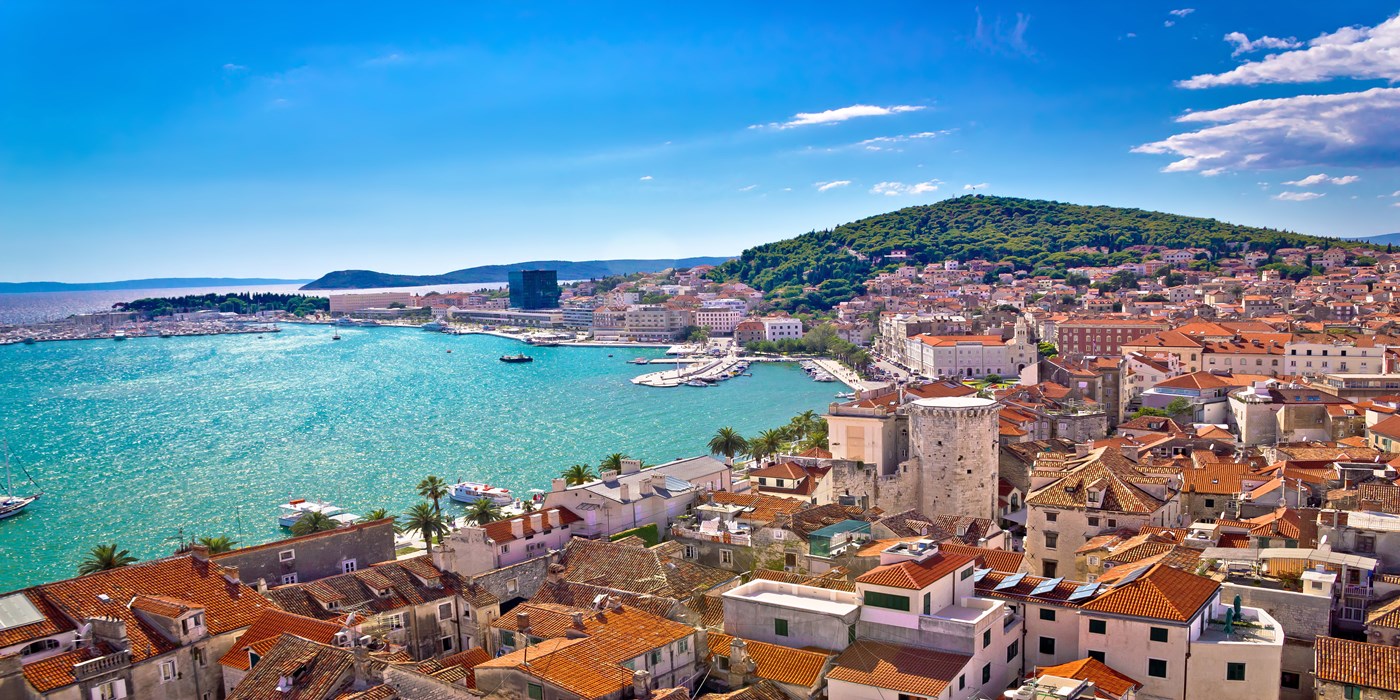 Diocletian's Palace and the old part of the city of Split

By choosing a luxury vacation near Split, you get not only a vacation but an unforgettable journey through intriguing history.

,,The most beautiful boardwalk shines under the golden sun, small on the planet but the biggest in the heart.'' The amazing author and composer Oliver Dragojević once sang these lovely words about the biggest dalmatian city – Split.

The second biggest city in Croatia, blue jewel of the Adriatic, a place that can never be forgotten once you have enjoyed it. Many people compare it with some of the most beautiful cities in Italy and Spain. An emperors town, more than 1700 years old is known all around the world.

A great emperor Dioklecijan (Diocletian) lived about 5 kilometers from Split in ancient Salona. He decided to build a mansion by the sea where he could spend the last few years of his life. He has build a magnificent rectangle shaped palace and today it is under a UNESCO protection. The most amazing fact is that some people still live inside the palace walls. Why did such a great emperor decided to build this spectacular mansion exactly on this spot? Mild weather, termal water sources, a huge amount of stone from the island of Brač, amazing location by the sea… these are just some of the reasons.  The palace   has four entrances: golden gate (north), silver gate (east), iron gate (west) and brass gate (south). Long ago, life began inside these walls and was spreading ever since.

You have probably heard of the sphinx, a mythical creature who gave people riddles once they passed by. Diocletian was fascinated by the egyptian culture so he brought sphinx from Egypt to Split. Today they are placed inside the palace walls - on Peristil and in front of the Jupiter's temple. The palace had two main streets that are crossing over on the amazing Peristil, perfectly preserved. There is a cathedral of saint Duje and its spectacular belfry on the left and it used to be emperors mausoleum. Saint Duje is a protector of the city and people celebrate his day on 7th of May. A huge amount of people come to Split that day. The city is filled with music and events. On the right side of the Peristil there is a Jupiters temple.

There is also another amazing and probably the most interesting place to visit- palace basement. You can go in from Peristil or from the sea side. It is just under the emperors home and has so many rooms inside. Walking through this rooms will make you feel like you got back to the past. It has a lot of well preserved remains inside and it is a good shelter from the summer heat. There are so many cultural events oraganized inside, as well as fairs, gastronomic and oenology events and exibitions. You can also see a lot of souvenir shops and bring some of them back to your home. Game of Thrones lovers will be happy to know that basement was one of the filming locations (where Daenerys kept her dragons).

Another interesting and beautiful place to see is Vestibul which used to be an emperors lobby. It is round shaped and has amazing acoustics inside. That is why you can go there to listen some of the most beautiful female and male vocals.

The amazing thing about Split is that every ancient element is available for tourists to visit every day.

Can you imagine eating the most amazing and delicious food or drinking top quality wines inside a thousand years old palace? Sitting on the ancient stairs while the light summer breeze touches your skin? Listening to some lovely music coming from every corner of the old narrow streets?

Area of town Split is also full of luxury villas for rent..

The surroundings of Split will also provide you with wounderful luxury villas for rent such as  premium Villa Mare Vista or beutiful Villa Casta , or you are coming with large family or friends we have large beutiful Villa Maria. Some people like to rent beachfront villa like Villa Porta Marina...

On our website you can find an offer for everyone, if one of the listed villas is not to your liking you can alaways contact us to find you a wonderful Villa in Split

It is all possible if you come to Split.